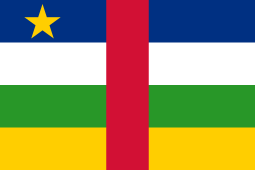 SOS Children's Village Central African Republic
To celebrate GMW2019, SOS Children’s Village Central Africa organised Global Money Week Activities, where children were taught on the different GMW themes, created songs and dances, and performed sketches and plays. Additionally, the organisation arranged for the children to visit the Ecobank, where they were taught on the different services offered by the bank, what happens to your money, and how banks operate. Afterwards, the children were able to ask questions and were given Western Union School kits. To close off the celebrations, the children presented everything they learnt to their peers, parents, SOS staff members and others, through their songs, performances and sketches, which were aired on national television and radio stations.

Planning for Global Money Week in the Central African Republic started in January 2018 when an GMW Organising Committee, composed of 10 people, was established. The committee, which included teachers, accountants, school directors, programme managers, was briefed on GMW documents.

On 9 March, the children visited the Central African Republic Mutual Fund where they learnt about its operation, the advantages of having a bank account, how to open a bank account, and how to send money via Western Union. They received gifts from Western Union after participating in a Q&A with the employees.

12 March was the final day of GMW celebrations in Central African Republic. Children showed their drawings and presented their shows, poems, and songs on GMW theme. They participated in radio and television interviews about the GMW2018 theme.