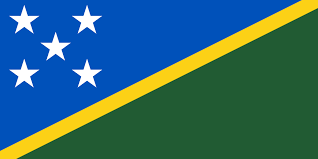 Central Bank of Solomon Islands
GMW2019 marks the fourth year that the Solomon Islands participated in the Campaign. All events were centered on the theme “Learn.Save.Earn”. The Bank representatives visited two schools during the Week. The first activity organised was a session on financial literacy awareness, titled “What is Money and Savings”. The second session was based on introducing the NPF YouSave Product. The product was designed for the informal sector and targets unemployed market vendors and students aged 16 and above. The third session was a Q&A session, to gather feedback on the financial literacy awareness session. In addition to these sessions, learning materials on saving and calendars were given to the students.

Central Bank of Solomon Islands (CBSI)
The Central Bank of Solomon Islands (CBSI), together with the Solomon Islands National Provident Fund (SINPF), reached 811 students and 10 adults during the 2018 Global Money Week (GMW). Solomon Islands has been participating in the celebrations since 2016 and this is the third consecutive year they have joined other countries to encourage children and youth with the theme “Money Matters Matter”. This year, Solomon Islands organised a smaller, but more meaningful event that will have a positive impact in the lives of young people in the future. Two secondary schools were selected to participate, St John Secondary and Mbokonavera Secondary School. During the Week, two days were organised where the CBSI and SINPF staff visited the schools. As part of the event, financial literacy lectures were conducted on relevant topics such as the importance of savings, money management and on the new product implemented by SINPF called “youSave”. The NPF “youSave” is a product designed for those in informal sectors, including students aged 16 and above, to provide them with information to broaden their knowledge and skills to understand the importance of savings and the types of saving products available. The students also assisted to help spread this message to other children, youths, and even their parents and teachers. Apart from the financial literacy awareness, learning materials such as brochures, bookmarks, 2018 Calendars and pamphlets with important messages about savings, money management, budget and “youSave” product were also distributed to students and teachers. This was the first time that the two schools participated in GMW celebrations and positive feedback was received from the teachers. Also, more interestingly, the students participated by asking a lot of questions, especially about the “youSave” product, which gave an indication that they wanted to learn more about it and learnt the importance of savings for their future.

The Central Bank of Solomon Islands (CBSI), in collaboration with the credit union arm of the National Fisheries Development (NFD), and the Soltuna Company successfully hosted Global Money Week 2017 in the small township of Noro, in the Western Province.

During the first rural outing under the GMW banner, CBSI, along with its key partners and stakeholders, was able to reach out to more than 2,500 rural school-children in Noro, including Munda and Goldie with key messages focused on teaching and educating school-aged children about money, and the promotion of savings habits.

The overall financial literacy objective throughout the GMW2017 for CBSI and partners focused mainly on early financial education. Children and youth targeted in the Western part of the Solomon Islands were taught basic financial literacy in order to help develop proper money habits that will allow them to become informed economic citizens of the country.

The message emphasized by this concept acknowledges the need for younger generations in the Solomon Islands to be equipped with the knowledge and the ability to better manage the nation's’ financial resources and future economic growth. This years’ GMW collaboration with NFD and Soltuna was geared towards this overall objective, in addition to promoting their credit union set up and products, an additional alternative was provided for savings to be practiced by these children in their rural areas and provincial centers at any early age.

Throughout the week, three major schools in Noro, Munda and Goldie were visited by the CBSI team and NFD/Soltuna Officials. The touring team was able to hold 1-2 hour sessions for each school, and tailored their presentations to suit each age group, from the youngest (at 6 years -kindergarten level), right up to the main bracket of 10 – 15 yrs, as well as the bracket of 15-18 years (students of Goldie College). The first few days involved a lot of travelling and island hoping to reach some of these schools. The response from both the children and school administrators was very positive.

On Thursday, 30th March, 2017, CBSI, NFD and Soltuna hosted an open-day event at the Noro Community School hall to culminate all the activities carried out throughout the week. The day started off with a parade by the hosts and school children, and the CBSI Governor Mr. Denton Rarawa flew in from Honiara to open the event. The Governor also provided the keynote address for participants during the official segment of the GMW2017 programme.

Other activities, apart from the financial literacy awareness, included a speech competition for the school children, and a quiz competition for both junior (primary level) and senior students. School teachers and their students had topics that were related to the GMW theme and presented them in front of a packed hall. The quiz competition was one of the main highlights, as the children supported their respective school representatives as they battled with other schools over questions related to spending, savings and general financial knowledge to find the winner. All teams and participants received informational resources and merchandise.

The CBSI team also provided schools with presentations related to the work of Central Bank covering topics on proper money handling skills, counterfeit, scams, economics and commercial banks. Reading materials in the form of educational brochures, posters and pamphlets were also distributed freely to school administrators for use. Older youths and adults who attended the GMW2017 open-day event were also able to obtain these resources. Finally, children were given the opportunity to practice basic savings skills by obtaining and using piggy banks provided by CBSI and NFD. It was reported that after the open-day programme more than 100 children were able to open new children’s savings accounts on that same day, with the NDF and Soltuna Credit Unions.

DATE OF THE EVENT:

With this as the objective, the Central Bank of Solomon Islands will launch multiple visits to various schools by officials from the Central Bank to inspire young people by showcasing the improtance of saving and what having a positive attitude towards starting young and being smart with their finances could contribute to a better future for themselves. The interactive sessions will be organised to include both class sessions and inter-class interaction with the participating schools.